How to Bring Fun to Your Organization in March Madness 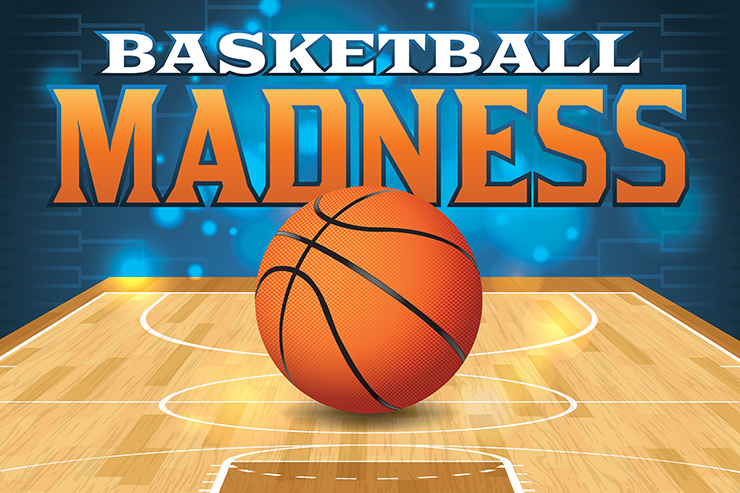 March Madness officially kicks off with Section Sunday on March 17, 2019 and the First Four playing March 19-20. If this is the first you’re hearing of the event, you’re probably wondering what all the hoopla is and how exactly it ties to human resources.

In short, the NCAA basketball tournament is incredibly huge in the United States. So huge, in fact, that one-in-three employees tune into it, according to Nielson data. The catch is, it’s not like other sporting events, such as the Super Bowl, which are played during nights and weekends. No, March Madness plays out while those one-in-three are on the clock at work. About 60 million Americans fill out brackets, or make predictions, of the winning teams too, per the Smithsonian. It’s serious business. Plus, with all this going on during the workday, it can get expensive for the average employer. Data from CNBC concludes $1.3 billion is lost in wages during each workday hour from lost productivity, while Forbes places the figure closer to $1.9 billion overall.

It’s undeniable that March Madness can have a negative impact on your organization, but what if you could harness this energy and funnel it into something positive? Perhaps even something that could increase productivity? Sound like a pipedream? It’s not, and you can.

Good Morale is Good for Your Organization

Leveraging March Madness to boost morale can actually help your company in a number of ways. More on how to do that in just a moment, but suffice it to say, high morale reduces turnover and boosts revenue. Further research presented by Chron concludes that positive morale will also:

Billionaire investor and business mogul Warren Buffett clearly sees the benefit of embracing March Madness. Each year, he runs a bracket contest for his employees. The employee whose bracket stays intact for the longest earns $1 million. If anyone beats the odds and predicts a perfect bracket, which are roughly one in nine quintillion to about one in two billion per USA Today, he or she gets $1 million per year for the rest of their life. Nobody has ever done this, so it’s quite likely Buffett’s money is safe, but he’s gained quite a positive reputation for his contest.

That being said, betting for money or cash prizes is illegal in quite a few states, so as a safer option, you might want to consider creating a contest of your own. Instead of offering up cash, offer prizes or company goods for those who make the best predictions, and make it clear that no cash betting is allowed—not even between employees. If it happens on company time or property, your organization could be held liable.

One-third of your employees are going to watch, even if it’s only pulling the game up on their phone for a moment. If you’ve got a good tech team, they can block access to specific web addresses or sites with specific keywords to discourage this kind of behavior and prevent it from taking up bandwidth necessary for work functions. That said, they’re still going to want to watch. Setting up viewing stations in breakrooms and other non-business areas will allow employees to catch a glimpse of the game while interacting with their coworkers. This fosters better relationships and will boost morale too. If you’re especially adventurous, host a March Madness luncheon or potluck.

Offer dress-down days for those who wear a team jersey or team colors. If you’d like to kick the goodwill up a notch, have employees donate a small sum to the charity of your choice for the privilege. As an alternative, employees could also decorate their offices and cubicles, with prizes awarded for the best, most creative, and most enthusiastic designs.

Encourage the Use of Flex Time

If the timing of work-related projects isn’t important, so long as the work gets done, allow employees to leverage flex time. That way, your serious fans can clock out to watch their favorite teams and be productive when they’re on company time.

We update our blog regularly with all sorts of tips and information that can help companies grow stronger, bigger, and more profitable.