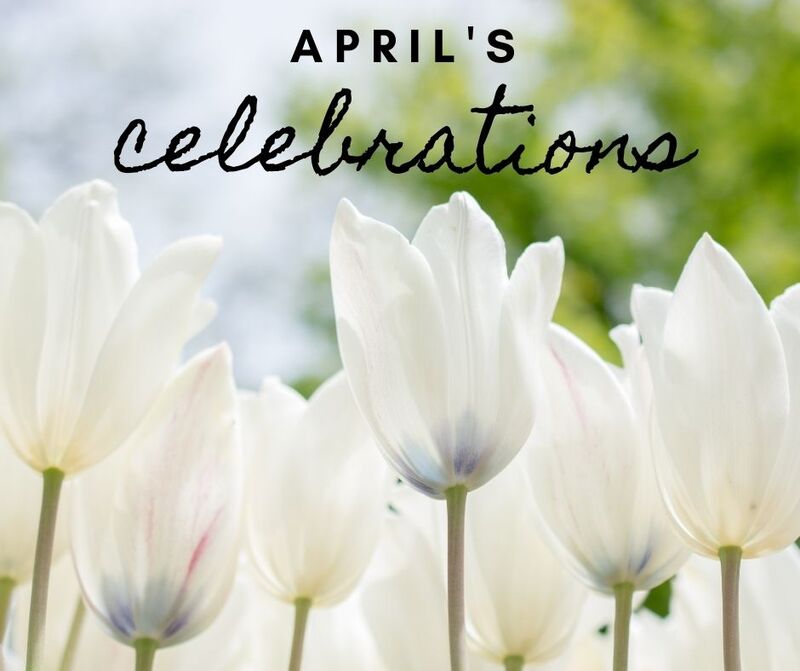 While the end of the calendar year is considered the “holiday season,” April is filled with a number of important, religious holidays, observed by many people throughout the world. Interestingly, many of the observances have a theme of renewal, rebirth and fresh start and are recognized through spring cleaning of the home, fasting, and dietary restrictions. As many organizations are returning to the workplace, and meetings, conferences and group meals are being restored, it is important to recognize that employees may be observing different dietary and personal practices.  employees may request time off, or stricter adherence to work schedules, to be home by sundown for religious observances and family time. It is important that employees are not made to feel excluded if significant meetings or events are scheduled, especially if meals or evening activities are involved.

Recommended workplace accommodations begin with avoiding the scheduling of important deadlines, events, and activities where practical. Ordering from Kosher caterers and offering vegan options can also make this period of cultural and religious importance inclusive. Employers as well as co-workers should be understanding that several observances involve fasting, which may affect individuals’ mood and energy levels.

Here is a list of holidays that your workforce may be observing in April this year:

March 2 – April 17:  Lent is the period of 40 days leading up to Easter, which Christians recognize as a period of reflection, fasting, and prayer. Many Christians (particularly Roman Catholics) give up meat over Lent, either throughout all 40 days or just on Fridays.  April 15th marks Good Friday, the final Friday before Easter Sunday.  This day may also be a day of fasting and time off from work. Eastern Orthodox Christians may avoid wine, oil, and dairy products during the entire Lenten period. Some Christians give up luxuries, make personal sacrifices, or commit to perform acts of good during Lent.

April 2 – May 2, 2022: Ramadan is Islam’s most sacred month, a holy month of fasting, worship, and prayer observed by Muslims around the world. It celebrates the creation of the Quran, which is the holy book for people who practice the Islamic faith. Fasting during daylight hours of Ramadan is a very spiritual and meaningful practice for Muslims.  Ramadan is also celebrated as a time of hope and renewal and trying to have a fresh start.

April 10:  Ram Navami is a Hindu festival, celebrating the birth of Lord Rama to King Dasharatha of Ayodhya. To mark the day, followers of Hinduism may fast or restrict themselves to a specific diet and avoid certain foods like onions, garlic, and wheat.

April 15 – April 23: Passover is the holiday during which Jewish people celebrate their ancestors’ freedom from slavery in Egypt. As a remembrance, people practicing Judaism do not eat leavened foods such as bread, and do not eat any barley, rye, wheat, oats, or spelt. Many people also follow Kosher practices during Passover, involving eating only Kosher for Passover sanctioned foods and preparation methods.

April 17: Easter, also called Resurrection Sunday is one of the most important days in the Christian faith commemorating the resurrection of Jesus Christ from the dead according to the New Testament.

While it is customary in the U.S. to separate religion from the workplace, employers are not precluded from recognizing the significance of certain religious periods/holidays for members of their workforce and taking inclusive actions. For those that work for global organizations or interact with global customers, it is important to recognize and respect the potential for religion to be a more visible part of the culture. Acknowledging and respecting each individual’s ability to observe holidays significant to them is an important part of creating inclusive workplace cultures.

In addition to the religious holidays noted above, non-religious April holidays include:

4/2 – World Autism Awareness Day: A day that seeks to improve the lives of those who suffer from autism

4/22 – Earth Day (International): celebrates the planet we live on, observed internationally in more than 192 countries

It is often quoted, “April showers bring May flowers”. Let April also usher in a spirit of diversity, equity, inclusion and belonging as we work to recognize and respect the plethora of celebrations that this month holds.

We encourage you to reach out to The HR Source for assistance with any of your HR needs as they relate to the subject matter of this series or any other assistance you may need. Since 1994, The HR Source has been a leader in providing human resource staffing and management solutions. Call today for a free consultation 301-459-3133.